A Medicaid attorney provides you with assistance in taking steps to ensure that you are able to get Medicaid to pay for the costs of your nursing home care if you need care and cannot live independently any longer. Medicare and other private insurers don’t pay for nursing home care in the vast majority of circumstances, and long-term care insurance is often not an option because of cost issues and coverage limitations, so Medicaid could be the only way to get nursing home care paid for. Because Medicaid is means-tested, you should work with Eghrari Wealth Training Law Firm  to make a plan to protect assets in case you need to qualify for Medicaid because otherwise you could be forced to pay for care out of pocket until you’ve impoverished yourself. 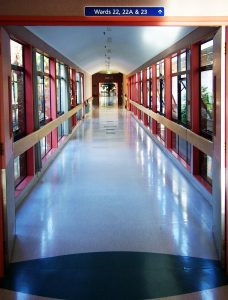 Because Medicaid is typically the only source of coverage for nursing home care, Medicaid is the primary payer of nursing home costs throughout the United States. However, if a senior who is covered by Medicaid needs care, that senior will need to ensure that the care facility accepts Medicaid patients. While there are a vast number of nursing homes that accept Medicaid, there was, until recently, very limited options for seniors with Medicaid coverage who needed long-term care because of dementia.

Lockport Journal wrote recently about the opening of the first memory-care assisted living program that opened in New York State and that is open to patients who pay via Medicaid. According to the Lockport Journal, the new memory care facility spans 11,000 square feet. The plan is for private rooms to be available for patients in the memory care unit. There will be a total of 20 residents accommodated in the care facility, including residents with both Alzheimer’s disease and dementia.

The Vide President of the nursing home that launched the new Medicaid-eligible assisted living facility indicated that if this facility had not been created, seniors who are able to take advantage of its provisions would typically spend as much of their personal funds as possible on assisted living for dementia patients before eventually running out of resources and ending up in a general Medicaid-funded facility that may not have the same level of support for patients with dementia issues.

The nursing facility that put the new memory care assisted living program in place had previously received $1 million in grant funding as part of New York’s efforts to find ways to cut the costs of Medicaid. The hope is that the new program with the assisted living facility will ultimately reduce Medicaid spending by getting people out of nursing homes into this facility instead. While nursing homes charge Medicaid an average cost of $250 per patient per day, the new memory care assisted living facility will charge about half of that amount. This could mean significant cost savings if this actually occurs as projected and if the facility is able to provide seniors suffering from dementia with the care they require.

Getting Help from a Medicaid Attorney

If you want to ensure that you are able to get the care that you need if you develop dementia or any other serious medical condition, it is important that you work with a Medicaid attorney to put a plan in place to qualify for care when you need it. You never know when you could be diagnosed with a serious illness or injury and if you find yourself with dementia or any other grave health problem, you don’t want to be worried about how to pay for care.

Get your plans in place as soon as possible so you can protect the maximum value of assets and have the peace of mind of knowing a health disaster won’t destroy your legacy. To find out more about how a Medicaid attorney at Eghrari Wealth Training Law Firm  can help you, join us for a free seminar. You can also give us a call at (631) 265-0599 or contact us online at any time for personalized assistance making sure you can get the care you require for memory issues or other health matters.

5 Things Long Island Trust Lawyers Want You to Know
Next Post: Smithtown Trust Attorneys Explain Why a Trust May Be Better Than a Will