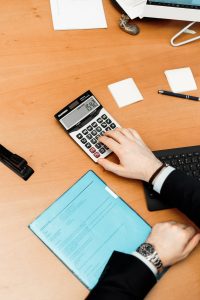 That’s the bad news, but there is some corresponding good news to go along with it. A small percentage of people actually have to pay the tax, because there is a robust credit or exclusion.

It will increase in 2021 and we will provide that figure, but first, we will share some general information about this tax.

The exclusion has changed dramatically over the last 20 years, and the rate has also undergone some profound shifts. In 2001, the exclusion was $675,000, and the top rate was a whopping 55 percent.

Due to a provision contained within the Bush tax cuts, the federal estate tax was repealed for the 2010 calendar year. The provision was scheduled to sunset or expire at the end of that year.

If that happened without any new law being passed, there would have been a reversion to the 2002 parameters: a $1 million exclusion and the 50 percent maximum rate.

A lot of families breathed a sigh of relief when the Tax Relief, Unemployment Insurance Reauthorization, and Job Creation Act of 2010 (H.R. 4853) was enacted. It installed a $5 million exclusion for 2011 with a 35 percent maximum rate.

Another piece of tax legislation was passed in 2012 that kept the $5 million exclusion adjusted for inflation, but it raised the rate up to 40 percent. It stood this way until the Tax Cuts and Jobs Act was enacted in December of 2017.

This fresh legislative measure increased the exclusion to $11.18 million, and the 40 percent rate was retained. There have been inflation adjustments since then, and the IRS has announced an $11.7 million exclusion for the 2021 calendar year.

There are two favorable rules for married couples, and one of them is the unlimited marital deduction. You can leave any amount of property to your spouse free of taxation, as long as your spouse is an American citizen.

This being stated, if you are married to a citizen of another country, you could use a qualified domestic trust to mitigate your exposure. We will share the details in a future post.

The Tax Relief, Unemployment Insurance Reauthorization, and Job Creation Act of 2010 made the estate tax exclusion portable. In this context, the term “portability” is used to describe a surviving spouse’s ability to utilize their deceased spouse’s exclusion. Portability has been retained when these subsequent tax reform acts have been enacted.

You can’t give lifetime gifts to completely avoid the estate tax, because there is also a federal gift tax. It was unified with the estate tax during the 1970s, so the exclusion is a unified lifetime exclusion.

The exclusion that would be available to apply to your estate would be reduced by the value of large gifts that you give during your life.

We are using the qualifier “large” because there is an additional gift tax exclusion that sits apart from the unified lifetime exclusion. You can give as much as $15,000 to any number of people in a calendar year free of taxation.

In addition to this annual exclusion, you can pay medical bills for others tax-free, and you would have no gift tax liability if you pay school tuition for other people.

We Are Here to Help!

If you are ready to put an estate plan in place, we can help you develop an approach that is custom crafted to suit your needs. You can set the wheels in motion right now if you give us a call at 631-265-0599, and you can fill out our contact form if you would prefer to send us a message.

Previous Post: « Seniors Will Get Social Security COLA Boost
Next Post: Are You Sure You Don’t Need a Trust (Part 2)?