How Abuses of Guardianship Can Harm Seniors

A Long Island guardianship lawyer can provide assistance in situations where someone is incapacitated and a guardian must be appointed. We also help when a guardian has already been appointed and the guardian is abusing his or her position. Guardians have a fiduciary duty to act in the best interests of their wards, but not all guardians live up to the important responsibility they have or to the trust which has been placed in them. When a guardian fails to fulfill his duty, this can have serious consequences for both the ward and family members. 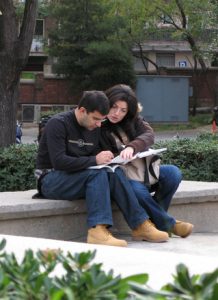 Mark S. Eghrari & Associates PLLC helps with making an advanced incapacity plan so no guardian is needed and so you can ensure that the person who manages your affairs when you cannot is a trustworthy person. We also provide assistance in guardianship proceedings and when problems arise. We work hard to help you avoid abuses of guardianship so vulnerable seniors are not put at risk, so give us a call as soon as you suspect that a guardian may not be acting appropriately.

How Abuses of Guardianship Hurt Seniors

Next Avenue reported recently on the detrimental impact of guardianship abuses. The tragic story involved a woman who was almost 50 when she fell down the stairs of her townhouse and sustained severe brain injury. When she was transported to the hospital, doctors did not believe that she would survive her injuries because they were so severe.

The woman had not made incapacity plans and had no close family, so her aunt petitioned the court and asked for a guardian to be appointed. The court appointed an attorney, who put the woman into a group home for adults who were mentally ill. She was placed into this home by her guardian, despite the fact she was not really mentally ill at all. Miraculously, she was able to recover from her injuries and she tried to return to her townhouse after she spent seven weeks in a rehabilitation facility.

When she returned home, unfortunately, her townhouse was empty and the guardian said she no longer actually had a home. The problem: the guardian had gotten permission to sell her house and to sell its contents. The group home that she had been placed in also forced her to do work in the home for no pay, and she had to pay the owners $850 a month as well as pay $200 per hour attorney fees to the guardian for doing basic things like leaving telephone messages and writing checks for her expenses.

It took her two years to fight the guardianship and gain her rights back, during which time she had no legal authority and the guardian had authority over her decisions and assets. Now living independently, she is suing the person who the court appointed as her guardian.

This story is described as “one of many cases of guardianship and conservatorship abuse.” A report in 2010 revealed that guardians throughout the United States have stolen $5.4 million in assets from their wards between 1990 and 2010, and that there were hundreds of reports of abuse, financial exploitation, and neglect of wards throughout the country.

Preventing this type of guardianship abuse often involves making sure no guardian is appointed in the first place. If you make plans in advance and you designate someone that you trust to act on your behalf using a power of attorney, you can avoid having an uncaring and potentially untrustworthy stranger appointed to manage your affairs and to make important decisions on your behalf.

You never know when incapacity will happen to you, as this tragic story of guardianship abuse involved someone who was relatively young and who may not have expected that anything would happen to her. You should not wait to make your incapacity plans, and put yourself at risk of potentially having a guardian who does not truly have your best interests at heart appointed to take care of your needs in the event you become unable to act on your own.

Getting Help from a Long Island Guardianship Lawyer

Mark S. Eghrari & Associates PLLC fights for the rights of seniors in many different situations, including when guardians act inappropriately. We can help you to take appropriate legal action when problems arise during the guardianship process, and we can also help with incapacity planning so guardianship is not needed. Give us a call at (631) 265-0599 or contact us online to speak with a Long Island guardianship lawyer to find out more about the assistance we can offer.

What Startups Need to Know About Long Island Business Planning
Next Post: How Do You Check Eligibility for Medicaid