Long Island elder law attorneys provide help to seniors in protecting assets. There are many different possible sources of loss that seniors could face when it comes to their wealth. Among the potential ways that a senior could lose money involves falling victim to a scam targeting the elderly. 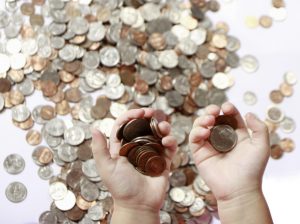 Financial scams are such a problem for seniors in Long Island that Long Island Business News reports bankers are asking for help protecting vulnerable seniors from the major financial loss that scams could cause.

It is important for both seniors and their family members to know about common scams targeting the elderly and to take appropriate action when affected by a scam. Give us a call to find out more about the ways that a senior’s assets can be safeguarded and to discover how Eghrari Wealth Training Law Firm can help vulnerable older seniors to protect their financial security.

Bankers Ask for Help to Save Seniors from Scammers

According to Long Island Business News, seniors in New York lose approximately $1.5 billion in assets every single year. These losses occur due to greedy family members and due to con artists who cheat vulnerable older New Yorkers. Financial abuse is actually the most common type of abuse that is reported each year within New York, according to an advocacy group called Lifespan. It is clearly a pressing problem.

And, as bad as this number sounds, it may be only the tip of the iceberg since so many cases of financial fraud and abuse are never reported. The elder abuse coordinator for the New York Attorney General indicated that only around one out of every 44 cases of financial abuse are actually reported to authorities.

There are many reasons why elder financial abuse is so often not reported. Seniors sometimes do not report when they fall victim to a scam as a result of the fact that they are embarrassed they were gullible. Some seniors are not aware of the fact that they are being scammed or their money is being misappropriated. Many elderly people who are victims also suffer from conditions like dementia, which can affect their ability to make decisions about money or to make reports when financial abuse occurs.

Con artists use many tricks in order to try to convince seniors to part with hard-earned money, including scammers claiming they are a grandchild in trouble or posing as a potential romantic interest. The goal of the con artists is to play on a senior’s emotions in order to get the senior not to think with his brain but instead to just react.

Due to the fact that elder abuse is so common, and causes so many significant financial losses, advocates for the elderly testified before the Senate and Assembly’s Joint Committee on Aging recently. The advocates, which included bakers and lawyers, told the Senate and Assembly Joint Committee that stronger protections are needed to try to stop abusive and exploitive practices that rob seniors of their hard-earned funds.

Suggestions that were made by the senior advocates include a Senate bill to allow banks to take immediate action when suspicious activity is suspected. Banks would be allowed to put a hold on the account right away due to suspected fraud. Advocates arguing for reforms, including bankers, also want the state to make it easier and more streamlined to report suspected cases of fraud. Advocates also want laws to release financial institutions from liability when a senior is scammed.

Legislation containing similar provisions has passed previously in the Senate, but was not able to pass the Assembly. It remains to be seen if it passes in the future. Hopefully, some type of stronger protections will be put into place so vulnerable elderly people throughout New York will be at reduced risk of losing all they’ve worked for to a scam.

Long Island elder law attorneys at Eghrari Wealth Training Law Firm can provide assistance in using trusts and other appropriate legal tools to help keep assets safe. We can also offer guidance on many financial issues affecting seniors, as well as on financial planning and asset protection to people of all ages.

To learn more about the services that we offer and the ways that our legal team can help you with financial issues as you or your loved ones age, join us for a free seminar. You can also give us a call at (631) 265-0599 or contact us online today for personalized advice on your situation.

How Much Does Long-Term Care Actually Cost?
Next Post: Who Takes Care of Estate Assets During Probate?