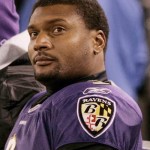 When pollsters tackle the subject they consistently find that most Americans don’t have an estate plan in place, especially younger adults.

Are the odds with you when you are in your 20s or 30s with regard to your longevity? The answer is yes, absolutely. However, if you are honest with yourself you will accept the fact that some people do pass away before their time.

You can actually make a valid argument contending that estate planning is more important for younger adults than it is for senior citizens.  Younger adults often have dependent children still in their homes. The children of senior citizens are generally going to be self-supporting adults.

If you are the parent of a minor child, how would the sudden disappearance of your income impact your family? What would happen if both parents were to pass away together in an accident? If you are for some reason providing support for your parents, how would your death affect them?

These are some profound questions to ask yourself if you are going through life without an estate plan as a relatively young adult. With this in mind let’s look at the estate of the deceased football star Steve McNair.

Lessons Learned From Steve McNair Estate: The Impact of Intestacy

Steve McNair was a murder victim who passed away in 2009. He made upwards of $75 million in salary throughout his career as an NFL quarterback. One would imagine that he also made a good bit of money through endorsements and merchandise sales.

He left behind a wife and four children. McNair also provided a home for his mother, a 45 acre ranch in Mississippi that he had built specifically for her.

Steve McNair died intestate, which means that he did not have a will or any other legally binding vehicle of asset transfer in place. Though he had significant resources, the probate court froze his assets.

In addition, his surviving spouse decided to use her position as court-appointed personal representative of the estate to demand $3000 in monthly rent from his mother Lucille. She couldn’t pay, so she had to vacate her place of residence.

As she was leaving she brought her belongings with her, as anyone would. McNair’s surviving spouse contended that these items actually belonged to the estate of her deceased husband.

Lucille contended that she had purchased these items with her own money, but this assertion fell on deaf ears and legal actions were taken to recoup over $50,000.

Steve McNair could have taken estate planning steps that would have provided immediate access to funds to his wife and children while protecting the interests of his mother. Instead, he inexplicably did nothing, presumably because he felt as though he was too young to have an estate plan at 36 years of age.

Previous Post: « Revocable Living Trust in Smithtown NY: Does It Provide Asset Protection?
Next Post: Assisted Living in Smithtown New York: Be It Ever So Humble… »