Alzheimer’s planning is very important in case of an Alzheimer’s diagnosis. Individuals and their families need to consider what options are available to them to make effective use of legal tools to protect the finances, autonomy, and legacy of an Alzheimer’s patient. Eghrari Wealth Training Law Firm can help. 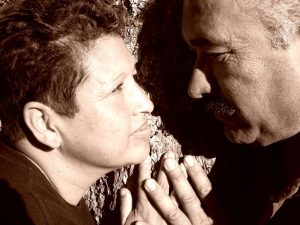 Far too many people do not consider Alzheimer’s as an issue unless or until it affects someone that they love. The reality, however, is that a rapidly aging population means an increase in Alzheimer’s diagnoses. Awareness is very important and one Long Island man recently planned a lengthy run with the goal of drawing attention to Alzheimer’s issues.

A Run to Raise Awareness of Alzheimer’s

Patch.com reported on the efforts to raise awareness about Alzheimer’s. The goal is to raise $40,000 by doing a 90-mile run from Montauk to Plainview.

The runner who has made the plan is a 37-year-old resident of Plainview who came up with the idea after he completed his first marathon run in New York City. Following the run, he decided that he wanted to combine some of the things which are most important to him, including family, running, and God. He began to watch documentaries on ultra runners and formulated a plan to go beyond just training for and running half-marathons. Instead, he wanted to go the extra mile… literally… to make a bigger difference.

He came up with the idea to do a run called the Ann Asparro run, which would be a run in honor of his grandmother. Three years ago, his grandmother was diagnosed with Alzheimer’s. He will now run for her and for all of the other Alzheimer’s patients. The run was scheduled to take place between November 1 and November 6 and he would specifically be running between a church in Montauk to a church in his home town in Plainview.

During the first day, he was scheduled to run 29.4 miles total. The second day would be a 31.2 mile run and the final day would be a 29.4 mile run. He does not plan to make the run an annual thing, but is going to be doing it only once in order to bring attention to Alzheimer’s issues and to raise as much money as he can.

The training process for the run was intense, in order to make certain that he could withstand 90 miles of running over the course of a three day period. He has now run a total of three half marathons and one half marathon, but still doesn’t consider himself an avid runner so preparing for the run is a big endeavor.

Visiting a physical therapist and a nutritionist are a part of his training, along with going to cyrotherapy and getting massages. Initially, he indicated that many people thought the plan was crazy but support for the endeavor began to grow as people started to see the extensive training he was undergoing.

He received many donations from various churches, who hosted events to raise money for Alzheimer’s, and he also received support for the endeavor from a local bagel shop. The money raised from doing the run is going to be provided to the Long Island Alzheimer’s Foundation.

Getting Help from A Long Island Alzheimer’s Planning Lawyer

Alzheimer’s is a difficult disease for individuals to cope with and for families to manage because the course of the disease and its progress is uncertain. It is not clear how long a person will remain in full control of cognitive function and when memory will begin to fade. Because the condition is progressive, symptoms will worsen over time. Those who are diagnosed should take action to make a legacy plan and incapacity plan as soon as they are diagnosed so they are still able to have a say in how their future unfolds.

Alzheimer’s is also costly for families, especially as it is common for people who are diagnosed with the condition to eventually be forced to seek nursing home care since living independently becomes impossible. Making a plan to cover costs is important, as are efforts like this man’s run which raise money for the cause of Alzheimer’s.

Eghrari Wealth Training Law Firm can provide help to families following the diagnosis of Alzheimer’s or any type of dementia. Our legal team knows the ins-and-outs of Alzheimer’s planning and we can help clients throughout Long Island. Give us a call at (631) 265-0599 or contact us online to speak with an experienced attorney. You can also download our estate planning checklist to find out more about creating an Alzheimer’s plan after diagnosis.

Should You Involve Your Family When Creating a Will?
Next Post: How Much Are Medicaid Benefits?