An elder law attorney at Eghrari Wealth Training Law Firm  can help seniors and their families to understand how best to protect assets during the aging process. There are many possible risks to wealth as a senior grows older. Some of these, such as nursing home care, will require substantial planning to try to avoid, as seniors who need costly nursing home care could end up having to impoverish themselves if they haven’t taken action in advance to qualify for Medicaid. 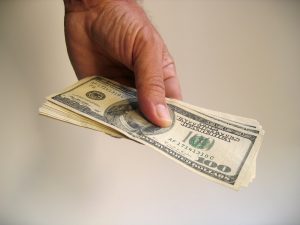 In other circumstances, however, avoiding financial loss may be as simple as identifying and recognizing scams, or taking steps to ensure that aging relatives who are prone to being scammed aren’t losing assets to thieves. Unfortunately, elderly people are frequently the target of dishonest people looking to score easy money. Just recently, for example, Long Island Business News reported that three Long Island residents were charged in a $30 million elder fraud scam.

According to Long Island Business News, the three Long Island residents who were charged with fraud have been charged in a federal court in Central Islip. The three residents of Long Island are facing charges for offenses including money laundering and mail fraud, according to the Department of Justice for the federal government. The scammers allegedly convinced older people to pay as much as $30 million in fees in order to obtain cash prizes that did not actually exist but that the seniors were falsely promised they would receive.

The three defendants allegedly targeted older people and vulnerable people by sending out promotional mail claiming that the senior recipients of the letters who paid a fee would end up receiving many thousands of dollars in prizes. The fee was described as a modest one, and the prize promotion mailings promised large sums of money once it had been paid.

By sending out these letters, one of the defendants was in violation of a court order that mandated he stop engaging in mass mailing operations. This court mandate occurred after the defendant had been sued in 2010 by the Federal Trade Commission (FTC) for sending out mailings that were deceptive. The other co-conspirators who were also charged for the offense were reportedly aware that this particular defendant had been order to stop sending out mass mail.

When announcing the charges, the Department of Justice included a statement from the United States Attorney General, Jeff Sessions. According to Long Island Business News, Sessions stated: “When criminals steal the hard-earned life savings of older Americans, we will respond with all the tools at the Department’s disposal – criminal prosecutions to punish offenders, civil injunctions to shut the schemes down, and asset forfeiture to take back ill-gotten gains.”

This is just one of many examples of how dishonest individuals can target vulnerable elderly people. Fake lottery scams are a very common way to convince seniors to provide funds and even potentially offer access to personal information such as their bank accounts.

Getting Help from an Elder Law Attorney

An elder law attorney at Eghrari Wealth Training Law Firm  can provide assistance to you if you are getting older and worry about losing your chance to leave a legacy because your assets are at risk of being lost due to high healthcare costs, scammers, or other issues. We can also provide help to seniors and their families in making comprehensive advanced plans to put appropriate legal tools in place to protect the finances of those who are aging.

To find out more about the ways in which our elder law attorneys can help you with asset protection as you age, join us for a free seminar: https://www.myestateplan.com/seminars-2/. To start putting your personalized asset protection plan in place,

Pros and Cons of a Smithtown Revocable Trust
Next Post: Are You Ready for Smithtown Probate?