How Many Seniors Get Help from Medicaid?

Medicaid attorneys provide help to people of all ages in understanding Medicaid qualification rules and in making plans to qualify for Medicaid coverage if and when such coverage becomes necessary. As you become older, it becomes increasingly important for you to make certain that you can get covered by Medicaid. This is because the chances that you will need certain types of care, such as long term care at home or nursing home care, increase as you age. 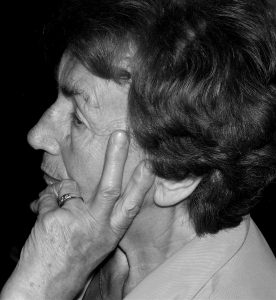 Unfortunately, most private insurers and Medicare typically pay nothing for nursing home care or long term care so you’ll have to get covered by Medicaid unless you can manage to afford a long-term care policy that will actually pay for your care or unless you want to pay out-of-pocket for costly care. Since most long-term care policies are too expensive and their coverage is too narrow, and since paying out-of-pocket costs hundreds of thousands of dollars monthly, it makes sense for you to make sure you have made a Medicaid plan in case you need care.

Many people do not make a Medicaid plan because they believe that Medicaid is only a program to help low-income people with general healthcare costs. Many also believe Medicare will offer them the coverage they need. These misconceptions about Medicaid and Medicare can cost you your life savings, so you should talk with Medicaid attorneys to understand the reality of getting covered and to get the help that you need to get care when you need it. Eghrari Wealth Training Law Firm is here to help, so give us a call today to find out about how we can work with you to make sure you can get Medicaid benefits to pay for your long term care.

How Many Seniors Get Help from Medicaid?

According to the Motley Fool, a total of 97 million Americans got covered by Medicaid for at least some period of time during 2015. Measuring coverage can be complicated because people move in and out of coverage as their income and health status changes.

Medicaid coverage can also be useful in covering the kinds of care Medicare won’t pay for, including long term care costs and nursing home care costs. Medicaid spends approximately 30 percent of its entire budget on long-term care and nursing home care costs, according to Motley Fool. Since average nursing home costs are as much as $82,608 nationwide and since a home health aide costs around $38,515, it is not surprising that Medicaid spends so much to help seniors afford the care that they need. If seniors do not get Medicaid to pay for these costs, they may have to pay privately until they have impoverished themselves and lost the chance to leave their legacy.

Medicaid planning allows for you to get covered by Medicaid to pay for the costs of nursing home care before you have been forced to spend all your assets on care. Medicaid is means-tested, which is why making an advanced plan is so important. If you have too many financial resources, you will not be able to get Medicaid benefits until you’ve impoverished yourself, but an experienced attorney can work with you to structure the ownership of assets so you do not face disqualification from Medicaid coverage.

Getting Help from A Medicaid Planning Lawyer

A Medicaid planning lawyer at Eghrari Wealth Training Law Firm can offer you the personalized one-on-one help that you need to make smart choices about the creation of a Medicaid plan. You want to make sure that you have a plan in place if you become one of the millions of senior citizens who ends up needing to get covered through Medicaid.

Why Your Credit Cards Shouldn’t Retire When You Do
Next Post: What to Know About Being a Trust Beneficiary