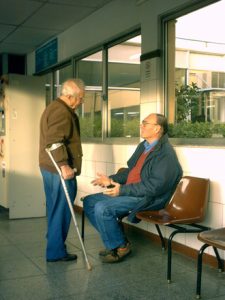 One Suffolk County nurses aid was recently arrested for abuse that took the form of unlawful restraint. The case was reported on by the Long Island Exchange. It is far from the only instance in which a nursing home staff member has forcibly and unlawfully restrained a senior against his will.

If you find yourself in a situation where you or a loved one has been harmed due to the actions of caregivers, it is important to determine both if abuse occurred as well as what your rights are in responding to the abuse. Eghrari Wealth Training Law Firm can help you to make a determination on what steps to take when abuse occurs. Give us a call or contact us online to learn how we can help you take action, including filing a civil lawsuit to recover damages for the consequences of abuse.

Long Island Exchange provided details of the arrest of a certified nurse aid who allegedly restrained a nursing home patient unlawfully. The defendant was charged with falsifying records and with endangering the welfare of an elderly patient. She has been a certified nursing aide since 2005, but unfortunately is now being prosecuted by a Special Assistant Attorney General of the Medicaid Fraud Control Unit’s Hauppauge Regional Office as a result of her apparently egregious behavior.

The incident which resulted in the criminal charges occurred at Bellhaven Center for Rehabilitation and Nursing. It happened on July 10th of 2015. The CNA apparently used a plastic bag to tie the ankles of a nursing home resident together. When someone asked the CNA why the resident’s ankles had been tied together with the bag, the CNA allegedly admitted that she had tied the knot. However, she justified her actions by saying that she had not wanted the resident to get out of the bed. She said she felt it was OK because the knot she tied around the patient’s ankles was not tight.

Supervisors at Bellhaven conducted an investigation into the incident the next day. At that time, apparently the CNA denied she had been involved with the incident. Law enforcement was notified, however, and prosecutors determined there was enough evidence to move forward with several Class E felony charges. The CNA was arrested in June of 2016.

In announcing her arrest, the New York Attorney General stated: “Nursing home residents are among our state’s most vulnerable citizens and they, along with their families, should be assured of their safety in a nursing facility.”

Unfortunately, despite the fact nursing home patients have the right to be free from unlawful restraint and other abuses, caregivers often engage in abusive behavior or fail to provide appropriate care. Whenever a caregiver’s actions constitute abuse or neglect, action should be taken by the nursing home resident and/or family members or the guardian of the resident.

The abuse should be reported to the police, to nursing home administrators, and to the New York State Department of Health, which has a special unit dedicated to investing complaints and incidents against nursing homes. Complaint forms are available online and there is a 24-hour Nursing Home Complaint hotline which can be accessed seven days a week at 1-888-201-4563.

In addition to making reports to the police and the state, it may be possible for abuse victims and their families to file a civil lawsuit to recover damages. A Suffolk County nursing home abuse lawyer can help.

Getting Help from a Suffolk County Nursing Home Abuse Lawyer

If you or someone you love was the victim of unlawful restraint or any type of nursing home abuse, Eghrari Wealth Training Law Firm wants to help you hold the nursing home accountable. We will be there with you at every step, from investigating the abuse to pursuing your damage claim. Give us a call at (631) 265-0599 or contact us online to learn more about the ways in which we can assist you. You can also download our free estate planning checklist which will help you to find out more about making advance plans in case nursing home care is required.

What are the New York Laws if You Die Intestate?
Next Post: Key Things to Know About New York Inheritance Laws