You Can Learn From These Celebrity Estate Planning Errors 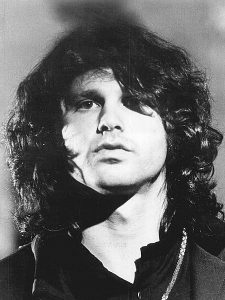 If you are leaving behind significant resources, they may continue to be viable for generations as income accumulates faster than it is distributed. For entertainers, this can include royalties and licensing rights.

The estates of some deceased individuals continue to earn extraordinary sums of money year in and year out for decades after their passing. This is certainly true with Marilyn Monroe and Jim Morrison.

Let’s look at where all the money went and learn something in the process.

The persona of Marilyn Monroe has remained relevant in the minds of people around the world ever since she passed away. Her image is continually sold on every type of product imaginable, from calendars to t-shirts to commemorative items of all kinds.

Her estate had a certain amount of value when she passed away, but it has earned incredible sums of money ever since.

Who got all this money?

Marilyn Monroe did not have much of a family, so she left behind almost all of her estate to her acting teacher, close friend, and mentor Lee Strasberg. He was married to his second wife Paula at the time of Marilyn’s death.

Marilyn was equally close to Paula according to reports.

Paula was younger than Lee, and because of the difference in life expectancies between men and women, it would be logical to assume that Paula would outlive Lee. If that took place, Marilyn’s estate would still be in the hands of a friend who sincerely cared about Monroe and her legacy.

In spite of the probabilities, Lee outlived Paula and remarried. His third wife inherited everything after Lee died, including rights to the Marilyn Monroe estate.

Though this woman, Anna Strasberg, didn’t know Marilyn, all those millions wound up in her hands.

Jim Morrison of The Doors lived hard and died young, but perhaps surprisingly, he did have a last will that left everything to his girlfriend Pamela Courson, with one stipulation.

According to the terms of the will, his brother and sister were to inherit his estate if Pamela did not live for at least three months after Jim died.

The singer despised his parents according to quotes attributed to him, and there is no reason to believe that he would have been interested in enriching Courson’s parents. They certainly weren’t named in his will.

In spite of this, Courson’s parents did in fact inherit his estate after their daughter died intestate a couple of years after Morrison passed away. After litigation was initiated, they ultimately agreed to share control of the estate with Morrison’s parents.

More on The Doors and Estate Planning

The legacy of an artist continues to persist even after he or she passes away. That art is always going to be accessible to the public, and such is the case with the music of The Doors.

Co-founder Ray Manzarek joined Morrison in the great beyond when he passed away in 2013 at the age of 74. In addition to his work as a musician, Manzarek put out a book in 1999 called Light My Fire, which is an account of his years with The Doors.

This is interesting when you consider your legacy. Imagine sitting down to write your memoirs during your retirement years. You could include the finished product within your estate plan and allow family members to read it after you pass away.

It could be quite comforting for them to have the opportunity to get a glimpse into your life after you are gone. The stories could be just plain interesting to read, but they could also be emotionally meaningful and instructive.

Another positive that would come about if you were to share your experiences in writing would be the fact that future generations of your family could read your memoirs. Many people are interested in finding out about their roots, and you would be leaving behind an extraordinarily useful genealogical tool as part of your legacy.

We are here to help if you would like to discuss your legacy planning goals with a Smithtown, NY estate planning attorney. You can schedule a consultation if you give us a call at 631-265-0599, and there is also a contact form on this website that you can use to send us a message.

What Is the 2021 New York Estate Tax Exclusion?
Next Post: Real Estate Boom Can Have Estate Tax Implications